Search For Your Rental
IN AUSTRIA OR NEAR YOU
Pick-up 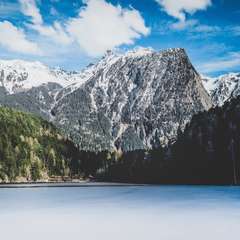 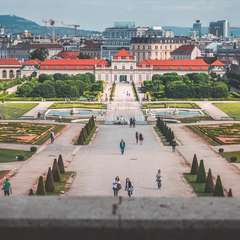 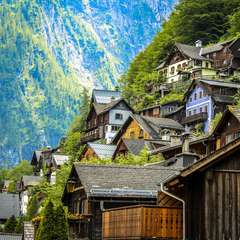 Austria is a German speaking country in Central Europe, surrounded by alpine mountains. It has nine federal states, each with a unique and distinct culture.

Besides its famous architecture, Austria is also known for its castles and palaces. The capital, Vienna, is centrally located and is the ideal starting point for day trips. Thanks to its setting on the banks of the Danube, Vienna offers an abundance of beautiful scenery to explore. The picturesque Danube River flows past monasteries, grand castles, villages, and vine-draped hills, offering the visitor a glimpse of medieval times.

An hour’s drive from Vienna is the Wachau Valley of Lower Austria with its charming hamlets and ancient fortresses. A bit further away are Salzburg and Innsbruck — both cities with unique identities. The area also boasts astounding views from atop Innsbruck's majestic Nordkette mountain range.

Driving in Austria is uncomplicated and offers flexibility and freedom to explore at your own pace. Roads are generally well maintained.

However, Austria is one of Europe’s most mountainous countries and for some destinations, such as alpine huts and chalets in remote regions, it most definitely will be a necessity to have your own car hire for transport. On the other hand, in some cities like Vienna and Salzburg, the Altstadt (Old City) is closed to vehicles, so here you may want to park in the outskirts and use public transport to get around.

All Austrian motorways ('Autobahn') and 'S' roads are subject to toll. Vehicles must be in possession of a Vignette (toll sticker), but if you rent a car in Austria, these will already been fixed to the vehicle.

All the major international suppliers of car rental in Austria are available, including  brands such as Budget, Hertz, Avis and Auto Europe. However, to ensure that you get the best cheap car rental rates in Austria, we recommend that you book online and well in advance. Our site for car hire booking in Austria makes it easy to choose from a selection of cars — whether you need a family sedan, SUV or minivan.  You can also add extra benefits to your Austrian car rental, such as a GPS or child seat.

It is also important to read and understand the conditions of your car rental before signing, as contracts are not all the same.

Tips and advice for renting a car in Austria

Reflective jackets must be worn if involved in a breakdown, an accident or alongside a road where stopping or parking is prohibited.

Whenever traffic congestion occurs on motorways, it is compulsory for vehicles to form an emergency corridor, regardless of whether emergency vehicles are already in the vicinity or not.

In winter, from around December to March, drivers must expect snow on all Austrian roads, particularly on mountain roads at higher altitudes. Winter tires are essential. It is also compulsory to carry chains in Austria during winter and these must be used when driving in snowy conditions.

Tipping at restaurants is considered compulsory in Austria and locals generally recommended 10% of the bill.

Stately, scenic, cultural, natural are all words that describe this mostly mountainous Alpine country with the main cities of Vienna, Graz and Salzburg being rich in representing what this nation has to offer.  Your Austrian car rental will take you places that are picture perfect and even decadent as you traverse this fascinating part of the world.

After a good night’s sleep and a hearty breakfast in an Austrian accommodation, start exploring this moderately sized city in the south of the country where one quickly realizes its trendiness and vibrancy is a reflection of it being a university town. A recent census indicated that every sixth Graz inhabitant is a student, and being a UNESCO City of Design the buildings, green spaces and general infrastructure work extremely well together.

Dominating the skyline is a large hilltop fortification, Schlossberg, which is also the centre of the charming old sector of town.  There’s an elevator if climbing to the top could deter you from making a visit, and while in the area go to the River Mur and visit what locals refer to as “the friendly alien”, or the Kunsthaus Graz, which is an uber modern complex that houses art exhibits, entertainment and cafes.  It’s just another example of the blending of old and new in the town.

A trip to the town of Piber, 50 km (31 miles), brings you to the breeding and raising grounds of the world-famous Lipizzaner stallions that offer tours, a museum and a fine dining restaurant featuring Austrian and Spanish cuisine.  The area around Graz is also a wine-producing area with many wineries worth visiting, and in Stuebing, 15 km (9 miles), a large open air museum takes the visitor back to various epochs of Austria’s living conditions.

As it is with many countries that have mountains, the weather is changeable. However, in this town in the southern portion of the nation days are often sunny and mild.  If going to a beach in this landlocked country is on your agenda, Klagenfurt is a good choice by having a large lake with a fully serviced beach.  The town itself is incredibly picturesque and has received numerous awards for being one of Austria’s highlights.

Outside Klagenfurt, 21 km (13 miles), is one of Austria’s finest examples of its many castles, Hochosterwitz Castle, which has been mentioned in historical documents dating as far back as 860 A.D., and all accounts say it was never captured.  Another trip to Minimundus, 5 km (3 miles), lets you easily “walk” the world and see many of its historical sites in the scale of 1:25 and reproduced in amazing detail.  Think of all the possible selfies!

This medieval Tyrolean town in the Alps is quaint, and also exotic.  It is the location of some of the best downhill skiing in the world, and you might be surprised with whom you could be sharing the mountainside.  Parking is outside the centre of town and its streets are lined with prestigious stores.  But even if skiing is not your pleasure, the stunning charm of the town with its chalets and ornate woodwork is worth visiting.  Surprisingly, the town is not that high with an altitude of 760 meters (2,950 feet), so walking and hiking is not as laborious as it is at higher elevations.

As this is Austria where skiing might be regarded a national pastime, visiting Kitzbühel is a top-drawer representation of mountain resorts, and with the money saved with your rental car from Cheaperthancars and accommodation from Cheaperthanhotels it becomes entirely doable, and just think about your bragging rights!

Driving in Austria should be a lovely experience but this doesn’t mean you shouldn’t make yourself aware of the rules pertaining to the Austrian roads. There are many things you had better read before driving there. Have a look at these top important tips for driving in Austria:

It’s hugely important to carry certain documents in your vehicle. If you don’t then you could face a fine and get your licence taken off you. Be warned. The papers you should remember to bring and keep on your person when driving are:

You must adhere to the following speed limits, unless otherwise stated, when driving in Austria:

Be aware that radar traps, areas of the road that are used by police to detect speed limits, are ubiquitous in Austria, and on-the-spot fines can be imposed, which you will have no choice but to pay.

There will also be on-the-spot fines for failure to wear a seatbelt securely.

Blood Alcohol Content (BAC) of 0.05g/100ml is the legal limit in Austria, and 0.05mg for people who have held a licence for less than two (2) years. If you are found with these levels of alcohol in your blood, or more, you will be subjected to fines and a possible licence suspension.

To park legally in Austria, you will normally have to purchase a parking voucher, which can be bought in most places. The price of parking in Vienna is higher than the rest of the country.

Paid parking usually applies between the hours of 09:00 — 18:00/22:00 on weekdays and free on Saturdays and Sundays. Parking durations are often restricted.

You must only park on the right side of the street. Parking is not permitted in front of red or yellow lines, within three (3) metres of a fire hydrant nor on white lines or at bus stops.

Parking restrictions in Austria are very strict and well-enforced therefore you must adhere to all of them at all times.

A final parking point to consider is that if you are travelling in or through Vienna, parking is severely limited to a maximum stay of three (3) hours in blue zones, which are indicated by a blue circle with a red border and a red diagonal line.