@ ALL LOCATIONS IN
Belize 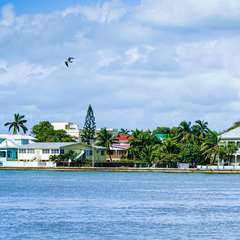 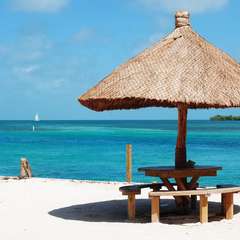 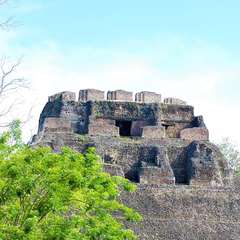 The former British colony of Belize (BZ) in South America is an increasingly popular destination for tourism, with a wide range of natural attractions and wilderness adventure opportunities.

Situated between Guatemala and Mexico, it’s the only Central American country without a Pacific coastline. On the other hand, its long Caribbean coastline is loaded with top shelf destinations and beautiful beaches. Belize is often said to straddle the bridge between Latin America and the Caribbean Islands, featuring a fascinating multi-cultural atmosphere of African, Spanish, English, and native Mayan influences.

The top attractions in Belize are split between aquatic sports, ecotourism, and architectural sites. Its largest city and capital, Belize City, is the main entry point for international travelers. The country lies within the Atlantic hurricane belt and experiences wet and dry seasons, while the terrain is generally defined by lowland jungle in the north, and rolling hills in the south.

To create a personalized itinerary for a visit, it’s recommeded that you rent a car in Belize from one of the big name providers. Avis, Alamo, Enterprise, Budget, Dollar, and Sixt have car rental locations in the airport and scattered throughout the country.

Getting around Belize is not terribly difficult, with a collection of highways headed to all major destinations. It’s important to remember that the term “highway” applies to Central American roads, which, while fairly well maintained, are poorly marked and feature stretches of unpaved gravel surfaces.

And like most Latin American countries, Belize makes ample use of speed bumps, especially on routes headed into smaller towns and villages. Surprisingly, local drivers don’t have a reputation for recklessness; in fact, the opposite is generally true — outside of Belize City. For any kind of cross country driving, you’re strongly advised to rent an SUV or 4x4, but otherwise, it’s an easy place to get around by car hire in Belize.

Great deals on car rentals in Belize are far more likely when you book a car with one of the above mentioned providers. All-wheel drive vehicles are the most optimal choices, but of course, feel free to rent minicars, compact sedans, estate wagons, and 7-12 seater minivans.

Tips and advice for renting a car in Belize

The majority of car rentals in Belize are equipped with manual transmission. Automatic transmission is available but twice as expensive and supplies are limited.

Even the main highways are not well-lit outside of the cities and towns, so driving at night is not recommended.

Don’t expect to get anywhere in a hurry in Belize. Between road conditions and the slower pace of life, travelers are advised to adopt a “we’ll get there when we get there attitude.”

Inform your car hire provider if you have ideas of taking the car across the border into Guatemala or Mexico.

As a predominantly Christian country, most, if not all, establishments outside of the resorts are closed on Sunday.

Believe it or not, the payphone is still going strong in Belize. Cellular coverage in the country is spotty at best. Huge sections of southern Belize are without internet access. Rent a car with GPS and download some maps on your phone, just in case.

Are you driving a rental car in Belize?

Frequently asked questions about renting a car in Belize

1. What is the best time of year to book a rental car in Belize?

2. Is it possible for one way rentals in Belize?

3. Should I rent a round trip or one-way rental in Belize?

4. Which location should I rent my car from in Belize?

5. Do I pay more fees and taxes for renting a car at the airport in Belize?

6. What insurance do I require for driving a rental car in Belize?

7. What is the best way to save money on rental car insurance in Belize?

8. Should I prepay my rental car booking in Belize?

9. What are the largest numbers of vehicle seats available for a rental car in Belize?

10. What types of sports and special cars are available in Belize?

11. Can I take my rental car across borders in Belize?

12. How do I inform the rental company I will be crossing a border from the Belize?