Search For Your Rental
IN MOLDOVA OR NEAR YOU
Pick-up 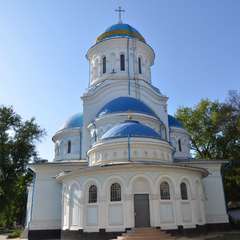 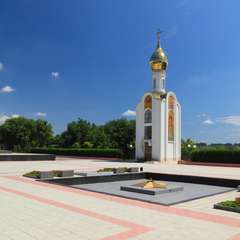 Moldova (MD) is a landlocked country in Eastern Europe, situated north of the Black Sea, and defined by some of the most unusual looking borders on Earth. Its western border with Romania follows the exceedingly curvy Prut River, which resembles a child’s elongated scribble. Its eastern border has been chiseled out of Ukraine with zero regard for landscape or apparent logic, resembling a Cubist painting, with lines going every which way. Meanwhile, its southern border falls precisely one kilometer short of the Black Sea coast, requiring a quick trip into Ukraine in order to reach water’s edge. All of this can be attributed to Moldova’s former life as a part of the former Soviet Union. Since declaring its independence, Moldova has also struggled with civilian infighting, resulting in the self-proclaimed Transnistria Republic in the east. Modern day Moldova may be new to the tourism racket, but the country has made great strides in making itself accessible to interested visitors.

Getting around Moldova is exponentially more convenient and efficient by private car hire. The vast majority of visitors find it essential to rent a car. Most of the roads in Moldova are in fairly good condition, and proper routes lead to all potential attractions and destinations. Although its technically located above the Balkans, a majority of Moldovans drive with the same reckless abandon that put Romania on the list of most dangerous places to drive in the world. That said, there aren’t that many cars on the roads in Moldova to begin with, so that reference must be taken with a grain of salt. Generally speaking, as long as you keep your Moldova car hire on the main, paved roads, you shouldn’t have much of a problem navigating the country.

Tips and advice for renting a car in Moldova

Moldova’s terrain consists mainly of gentle, rolling plains, so you won’t be burdened with any steep inclines.

Romanian is the main language of Moldova, and very few people speak English. However, this is bound to change as English is now a compulsory subject in Moldovan schools.

The capital city of Chisinau is the primary gateway to the region and generally considered the crowning jewel of Moldovan tourism.

You won’t encounter any problems crossing into neighboring Romania or Ukraine, but you may have issues coming back into Moldova from those countries. Have a chat with your car hire provider if you plan to cross international borders.

Make sure to do a thorough inspection of your Moldova car rental before driving away from the vendor — and not for the usual suspicions of pre-existing damage. You may get a few kilometers down the highway before noticing that the headlights don’t work.

Moldovan law enforcement is exceptionally strict about drunk driving and excessive speeding, but exceedingly lax about most other violations.