@ALL LOCATIONS IN SLOVENIA 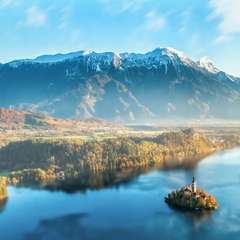 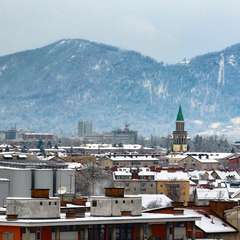 Slovenia (SI) is frequently confused with Slovakia to the northeast, and one of those unassuming places on the map where you think you know where it is, but you’re not really sure where it is — somewhere over there between Hungary, Austria, Croatia, and Italy. Despite its relatively anonymous profile, Slovenia happens to be a major hub of Central Europe’s transportation network. From the view of recognition, Slovenia’s industrial output overshadows any other aspect for travelers. However, its main draw for tourism has been limited to the Julian Alps, Triglav National Park, and the southwestern coastline (for its convenient access to the coastal destination of Trieste, Italy). Recently, more and more visitors are discovering the unique blend of historic regional influences beginning with architectural relics from the Roman Empire found in the central capital city of Ljubljana.

With nearly 40,000 km of roads, Slovenia is remarkably well connected for a country its size, and road conditions are generally well marked and in good shape. A significant amount of traffic is just passing through on its way to other countries. Drivers from Western countries will be familiar with the traffic code and rules of the road. Drivers from Asia and the Middle East may be thinking, why is everybody going so slow? The main thing you need to be concerned with — and emphasized by the Slovenian government as an issue of paramount importance — is making sure your car hire is fitted with a toll vignette sticker. Of equal importance is the use of snow tires in winter. You’ll get hit with a double whammy for not having them (big fine), and causing an obstruction on the highway when getting pulled over for not having them (extremely steep fine). But generally speaking, driving in Slovenia is the most easy and economical mode of transportation.

Because this region of Central Europe is not a hotbed of tourism, cheap car rentals in Slovenia are available year-round. Rent a car from Avis, Hertz, Dollar, National, Sixt, and Thrifty for the best deals on the most reliable cars. Choose from minicars and compact hatchbacks, economy, intermediate, standard, and fullsize sedans, SUVs, estate wagons, and 7-12 seater SUVs.

Tips and advice for renting a car in Slovenia

The highway vignette is based on a weekly fee, and it’s really not a major expense, especially if you plan on doing a lot of driving. For a one-day rental, it may seem a bit excessive. Your car rental in Slovenia should be automatically equipped with a vignette, unless it’s offered as an extra; in which case, you should probably get it.

You’ll get a better rate on cars rented for more than a week.

You’re required to notify your car hire provider if you intend to take the car out of Slovenia.

Street parking in Slovenian cities is generally metered, but regulated by the following exceptions: Yellow spaces are reserved and off-limits; blue spaces have a 15-minute time limit (no charge); and white spaces may be used at any time for free.

Most of the rural areas are exceptionally dark at night. Roads won’t be lit, so driving at night is not recommended in these areas.

Road signs on major routes don’t advertise what road you’re on — they tell you where you’re headed. You’ll see small highway markers indicating the route number, but they don’t always match what you’ll see on a map or GPS.