@ALL LOCATIONS IN THE UNITED KINGDOM 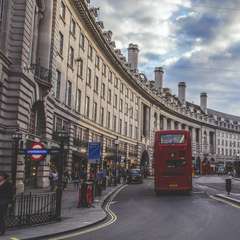 Comprised of England, Scotland, Wales and Northern Ireland, the United Kingdom is an island nation in northeastern Europe. Its capital city of London has numerous iconic attractions including Big Ben, the Tower of London, Westminster Abbey, Buckingham Palace, the London Eye and the British Museum.

Booking a car rental in United Kingdom is the best way to explore the country at your leisure. In the southern half of England, you can discover the ancient Roman city of Bath, as well as the venerable university towns of Oxford and Cambridge. You can also visit Stonehenge, perhaps the world’s best-known Neolithic site. Wales is to the west (don’t miss the capital of Cardiff), and in the north of England you can drive through the idyllic Lake District. In Scotland, discover beautiful rolling hills, the culture hotspot of Edinburgh, the Loch Ness, and the stunning Highland region.

In the UK, you drive on the left side of the road, which can be confusing for drivers coming from countries where you drive on the right. Give yourself some time to adjust to this change when you rent a car, and drive cautiously until you have become accustomed to it (remember, for example, to stay in the left lane of a multi-lane road). Another potential point of difference is that distances (and speed limits) use miles and yards.

There are three road types in the United Kingdom. The first is high-speed motorways, where the speed limit is 70 miles per hour (about 112 kilometers per hour). For the most part, the motorways are toll-free (tolls are most often levied for river crossings). The next category of roads is “A” and “B” roads. While most UK roads are in good condition, there are some that are in less good condition, especially in Scotland.

United Kingdom car rental companies include international providers such as Enterprise, Thrifty and Avis. In Scotland, you may want to book a car with a 4x4 transmission, especially if you are headed to more rugged areas such as the Scottish Highlands. Larger groups can book an SUV, people mover or 7—12 person mini van for optimal comfort. Other options are a luxury sedan, a sports car, or a cheap car rental such as an economy compact car.

Tips and advice for renting a car in United Kingdom

If you drive in central London at certain times of the day, you will have to pay a congestion charge, which must be paid online ahead of your trip.

Roundabouts are frequently used in the UK; keep in mind that the traffic goes clockwise.

In England, Wales and Northern Ireland, the blood alcohol limit is higher than in Scotland. If you exceed the limit, you could face a hefty fine.

Before bringing your car hire on a ferry, check that this is allowed by the car rental company.

The UK can on occasion have dangerous driving conditions such as snow, ice and fog. Keep on an eye on the weather forecast, and be aware of the typical conditions for the area you are driving through.

Before your trip, it’s a good idea to read the comprehensive UK Highway Code, which is available online. There are some key facts on driving rules provided here though.

Are you driving a rental car in The United Kingdom?

A break in the UK could be infinitely enhanced by driving your way around the sights you wish to see. Scottish mountains and lochs, Welsh rugged cliffs and beaches, beautiful English countryside, Northern Ireland and its dramatic landscapes — the UK is a sight for the senses, and a road trip is the best way to truly appreciate the differences between regions.

Of course, this all raises the issue of driving on a foreign license, learning new regulations and making sure you stay within a law that may be different to that in your own country.

To drive in the UK, you must be over 17 years of age and the holder of a valid driving licence, issued either in the UK or another country.

Roads within the UK are governed by the National Speed Limit, and this should be adhered to at all times. The normal speed limits on UK roads are as follows:

Speed cameras are in operation throughout the country and fines are handed out readily for those who overspeed.

While there is a legal limit of Blood Alcohol Content (BAC) measured at 0.08mg/100ml, how you process alcohol varies from person to person, and it’s just not worth the risk. Police can stop you and ask you to take a breath test if they suspect you’re over the limit. And if you are, you can expect a hefty fine or a ban as the lightest punishment, and in case of a serious criminal offence, you could also be sent to prison. In short, don’t do it.

There are plentiful pay and display car parks, or pay on exit multi-storey car parks up and down the country. However, if you’re parking on the road, be sure to note any markings, such as double yellows, which mean parking is prohibited or you could risk a parking fine ticket.

The United Kingdom offers the visitor so much that one can’t go wrong in any area.  Wales, Scotland and England are a mixture of stunning scenery, exemplary history, and entertainment matching every taste. The question is not what to do, but can you do it all?  Absolutely not is the answer, so chose well and just be content, knowing that this area is a multi-trip destination.  United Kingdom accommodations are as plentiful as they are diverse, so don’t sacrifice a good night’s sleep by staying in the pub too long because there’s a whole lot of things to do and places to see in your United Kingdom car rental.

Located beside the English Channel, the city is very convenient with reasonably short driving distances from London’s Gatwick Airport and Southampton, or if arriving by ferry from Europe. Brighton Pier is as British as fish and chips and you’ll want a selfie with the landmark structure behind, and the city’s trendy Laines district is back-to-back shops offering something to purchase for every taste, and then some.

Travel along the coast to Peacehaven, 10 km (6 miles), and walk the Greenwich Mean Time Trail or travel further to Eastbourne, 39 km (24 miles), that is a toned-down, relaxed version of Brighton with its own elaborate pier.

This town in central England has many things going for it by being charming, picturesque, conveniently located and with nearby places to visit.  Situated on the edge of the Peak District, rolling hills and massive valleys represent what is considered rural England and beg to be walked or cycled.  Literally just down the road from Matlock is Matlock Bath, 3 km (2 miles), an historic spa town that was a destination for British aristocracy and royalty. Cable cars also take sightseers to the top of the Heights of Abraham for majestic sweeping views of the countryside.  For children and those who think young, a fun attraction is Gulliver’s Theme Park.

Chatsworth House, 13 km (8 miles), is one of Britain’s finest estates with an extensive garden (105 acres) that invites daydreaming.  A restored mining community and also the location of a tramway museum is Crich Tramway Village, 10 km (6 miles), where visitors can ride the rails in antique tramcars.  A trip to the area must include tasting the specialty, a Bakewell Pudding (but more like a tart), and what could be better than trying one where it originated.  Bakewell, 14 km (8.5 miles), is also a market town and thus, an excellent opportunity to sample local fare and produce.

Bakewell is also located in the Peak District National Park and wherever you drive in this designated area with its moors, dales and highlands will not be a disappointment for your eyes or your camera.  The city of Sheffield, 35 km (22 miles), is where one of Britain’s largest greenhouses, the Winter Garden, keeps over 2500 plant species comfortable in a temperate indoor climate.

The capital of Scotland, this well-planned city offers historical charm with a great nightlife, and not many cities can claim an extinct volcano in its midst.  Overlooking the city is Edinburgh Castle and the sound of bagpipes ricocheting off the old walls completes all expectations and certainly requires a visit. After the sun sets, experience the netherworld and the city’s colourful and infamous history with a guided ghost tour.

Just outside Edinburgh are The Lothians, a picturesque pastoral lowland that has countless trails to walk or cycle, beaches to wander and of course, golf courses in the same area where the game began.  In the coastal town of North Berwick, 40 km (25 miles), is the Scottish Seabird Centre where abundant avian life on Scotland’s coast can be viewed, along with a boat trip to a local habitat made available (weather pending). Scotland’s early commerce was built on coal mining, and in Dalkeith, 12 km (8 miles), is the National Mining Museum that provides light on this subterranean activity.

The United Kingdom is an extremely diverse area and regardless of where you visit there’s always something of interest and made economically feasible with a Cheaperthancars car rental and lodgings through Cheaperthanhotels.